Spending On Business Technology Expected To Rise
Skip to content 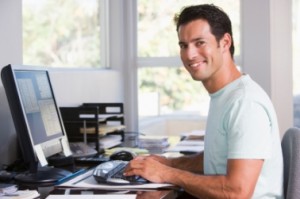 According to a recent report from Barclays, companies are expected to spend more than $2.1 trillion on business technologies or IT by the start of 2017 (6.7% up from 2014). This clearly shows that business technology is already huge and growing industry. But why has spending grown so much? Well, previously investments made in business technology were mainly in areas that could keep the back-office systems running perfectly.

However, in recent times, businesses are increasingly depending on technology to develop and deliver the company’s overall business strategy. This means, companies are now expected to buy more business software. It also indicates that they’re losing their appetites for hardware like personal computers and data storage devices, which is a sign that renting (as opposed to purchasing outright) is also an emerging trend. For more information, let’s take a look at a few reasons why spending on IT has increased.

There is no doubt in the fact that the market for business hardware isn’t exactly what it used to be. Organizations are no longer purchasing as many printers, storage appliances, personal computers, or servers like before. This can be owed to the increasing adoption of cloud software services. Therefore, companies are now buying computing services from giants like Amazon.com. As such, business spending on hardware is anticipated to sink by approximately 13.6% ($2.98 billion) in 2017.

Printers and PC’s Are No Longer Vital

The report from Barclays also compared the market for printers and PCs to that of refrigerators. Yes, it is true! Nowadays, people don’t really buy the latest refrigerators, until and unless their old ones conk out completely. This is exactly how businesses feel about printers and PCs, as mobile technology is currently on a huge rise. Even the most difficult of business tasks can now be managed or operated from technologies like smartphones, tablets, and laptops via the help of applications. So, why would one really choose to buy an expensive PC or printer?

The Need of Better Security in Business Technology

Along with the explosion of mobile technologies, high-profile security breaches at Michaels, Home Depot, Target and a wide range of other companies – have propelled the need for better security and safer IT technologies. Therefore, nearly 46% of IT leaders reported that they will be investing more in virus and malware protection, identity management, intrusion prevention, and access control in 2016. An analyst with the IDC Global Technology namely Stephen Minton also said, “Whenever there are these high-profile incidents, it does tend to drive IT security spending even more quickly than it already was”

Computerworld’s annual Forecast survey of IT executives revealed that more than one-third (38%) of their overall respondents said they will spend more money on replacing, developing, and upgrading applications, including those for smartphones and other mobile technologies. These applications are usually provided in the form of software-as-a-service, which again clearly shows that spending on cloud software services and business technology has increased.

So, if you want to stay successful and ahead of the competition, perhaps it’s time you get rid of old and traditional business managing methods and focus on upgrading your operations by spending on business technologies.