The future of gaming: From tourneys to tech | Hire Intelligence honeypot link
Skip to content

Home > The Future of Gaming 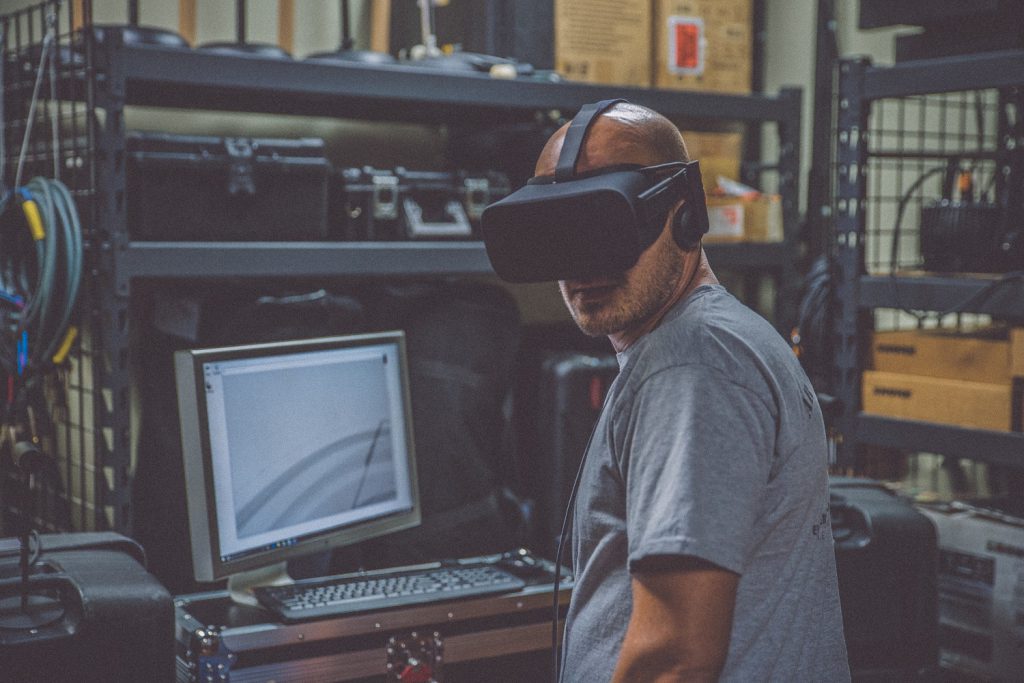 It has been almost 50 years since Atari released the arcade classic, Pong. In that time, computer games and their fans have changed beyond all recognition. They have emerged from darkened bedrooms and amusement arcades into the daylight. The stereotype of socially awkward, reclusive teenagers has been smashed; modern-day gaming’s pros are celebrities who compete under the bright lights of arenas all over the world.

A far cry from the blocky, jumpy graphics of early arcade games, contemporary gaming offers an immersive, networked experience. It allows players to suspend reality and move seamlessly between different worlds. Whether you’re excited by virtual reality (VR), augmented reality (AR), eSports or mobile games, the development of new gaming technology has seen a push to make the industry accessible and enjoyable to everyone. From the software used in their development to the technology we use to play them, the industry is constantly evolving. Undoubtedly, the future of gaming is a bright one.

Gaming’s relatively short history has seen its platforms shrink in size almost as quickly as their processing power has expanded. We are already in our seventh generation of home consoles. Photorealistic, open-world adventures have replaced the 16-bit side-scrollers of yesteryear. Indeed, they have longer narratives and bigger budgets than blockbuster movies. Samsung, HTC and Microsoft have all launched virtual reality systems. Thus, the competition between these brands has thrust virtual reality into the spotlight. Old-school classics such as Doom have been revived for the VR experience. Meanwhile, innovative newcomers such as Beat Saber, which challenges users to ‘slash’ beats in time to music, are set to stretch hardware to the limit and kickstart brand new genres.

With an ever-expanding choice of hardware to enhance your gaming experience, finding your place in the future of gaming can seem both confusing and costly. Luckily, that’s where we step in. At Hire Intelligence we are able to provide top-of-the-range gaming hardware such as Gaming Custom Workstations, the HP Omen, desktops and laptops, as well as a vast array of VR and AR systems, and PlayStation 4 devices. Naturally, new product launches are a constant feature of the gaming world. Hence, we’re fully prepared for the development of gaming technology in the future. We constantly update our range of products so we can remain at the cutting-edge of the industry.

The future of eSports: a bit of healthy competition?

The world of eSports has exploded in popularity in recent years. Fans around the world tune in to watch the best gamers of their generation test their skill. Dota 2, a free-to-play multiplayer online battle game, hosted its 2017 international championships in the 17,459-seat Seattle KeyArena. There was a prize pool of £19 million and 5 million viewers worldwide. While it’s doubtless entertaining and fun, it’s also clear this is big business.

eSports competitions encompass everything from first-person shooters and racing games to American football. The future of gaming, in particular esports seems assured as traditional sports clubs like West Ham United and Manchester City now sponsor their own eSports players. As sponsors and gamers turn to data companies to help analyse and improve their performances, it’s clear the competition on the screen is every bit as real as it is on the pitch, where fine margins make all the difference. With eSports camps currently opening for children across America, it doesn’t seem too much of a leap to expect similar opportunities in Europe. As both a sport and a business, eSports is here to stay.

If one thing is for certain, the future of gaming is vast, expansive and exciting. Today’s games immerse us in the experience. New gaming technology seeks to create incredible and life-changing experiences for everyone. Whether you’re drawn in by the potential of VR, the high stakes of eSports, or are just content with booting up a modern classic on a home console, one thing about the future of gaming is certain: it’s all to play for.

If you’re looking to hire gaming equipment for your next corporate or gaming event, contact us today.