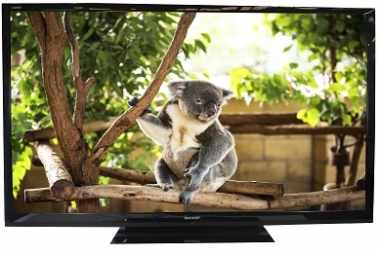 It is quite normal to feel a little overwhelmed if you are new to choosing a screen for your venue or office. Technology is moving at an extremely fast pace and if you have been out of the market for just three to four years, it is likely all the specifications you were used to have changed.

In this article, we will sort out screens for you by explaining each technology briefly and giving you pros and cons. There is no best technology out there and you will have to decide what you are most comfortable with in terms of science and price.

Liquid Crystal Display screens, like the complete name suggests, are pixels filled with a semi-solid, semi-liquid material called crystalline. The light from the screen’s internal bulb passes through the crystal-filled pixel to your eyes.

LCD screens actually come in two sub-categories, cold cathode fluorescent lamp (CCFL) and light-emitting diodes (LED). Although, you will now almost universally see LED written on a box, this is just a type of LCD technology. It has become an industry norm that if screen characteristics only say LCD than you are purchasing an LCD screen with the CCFL technology.

If budget is your primary concern than an LCD screen (now meaning CCFL) is the best option as CCFL is an older technology, therefore, these screens are less expensive. LCD panels have excellent screen uniformity so you won’t see the smoothness of a picture breaking up or have light spots on your monitor.

The technology, however, doesn’t compare to LED or plasma which allow for sharper images with greater contrast ration. Images on a LCD monitor will not appear as realistic as they would with a LED or plasma screen.

The main difference between LCD and LED screens is the light source. Rather than using a bulb like in a LCD monitor, a LED panel utilizes “light-emitting diodes” to create the light for screen which a viewer sees.

LED technology allows manufacturers to produce ultra-thin screens so you get a nicer overall monitor look. LED’s also don’t consume as much electricity as LCD’s. The market currently has moved to mostly supplying LCD screens because this technology provides better range of colours creating more crisp and realistic images.

LED screens will cost you much more than LCD screens, but unlike some technologies where you end up paying a lot for upgrades that don’t really make a real-life difference in experience, LED screens will definitely enhance your viewing sessions.

The light source in plasma monitors is gas-filled pixels which charge up with electricity causing particles to collide and photons to burst forth. Unlike using lamps as a light source, this technology controls every pixel individually. It is extremely precise.

In terms of best movement and motion performance, plasma screens perform almost flawlessly leaving both LCDs and LEDs in the dust. Contrast levels also are the greatest in a plasma screen and you can get the deepest blacks creating amazing colour contrasts for viewers to see.

Another important feature is that if you have an event and people are watching the screen from every nook and cranny of your breakout room, then a plasma screen will offer the best viewing angles as LCD’s tend to distort images if you are not viewing the screen from the right angle.

The technology for plasma TV’s doesn’t allow to slim up screen size so you will be looking at screens which are bulkier than LCDs and have at least a 40″ display. If you want a smaller screen, plasma is likely not an option.

Older plasma screens sometimes had burn-in issues and although this has been resolved in new screens, it’s probably a safer bet to go with an LCD screen if you plan to leave it on continuously, like in a sports bar or lobby or waiting room. For home use though, this should not be an issue.
To find out more or to hire LCD, LED or plasma screens contact us for advice.